post-title From storytelling to active engagement: let’s co-work together!

From storytelling to active engagement: let’s co-work together! 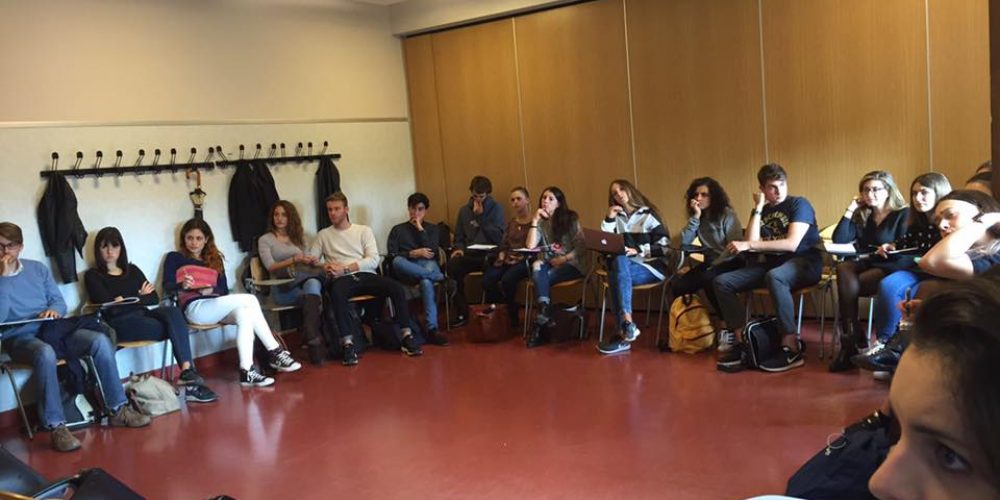 The second day of co-working session, held on October the 15th  begun with Eloisa Susanna’s general outlook about other 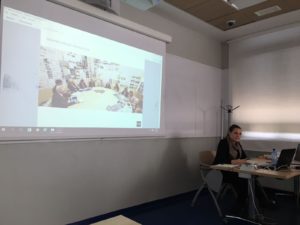 active projects, similar to #coRome, spread all over Italy.Eloisa,a young architect,rapidly commemorated the G124 project,launched by Renzo Piano in which great relevance is given to peripheral areas and the imperative need of maintenance trough micro-surgical interventions,this is what the Otranto project of 1979 was about.In general,this procedure implies two fundamental principles:first of all it has to be interest-based,secondly it has to be performed through a collaborative process that consist in framing and contextualizing the city of Rome and its surrounding territory,focusing on those areas that constitute a patrimonial identity. 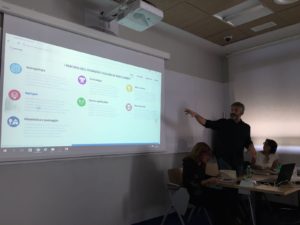 Lauros (www.ecomuseocasilino.it). This institution owns much to the “comunità di eredità” which actively engaged in several partecipative laboratories,with the common goal to define the space in which cultural and natural sites have previously been identified.The actual plan is focused in Tor Pignattara,a neighborhood where around 130 cultural resources were mapped,thanks to the fruitful work of a social network composed by inhabitants of that neighborhood but also public and private actors.It is important to underline the social consequence brought by this initiative:cooperation was promoted among different religious and cultural realities,unified by a shared interest and motivated by common moral values.

Right after the Labgovers productively engaged in a workshop that consisted in reporting on a widespread map four different topic developed with the aid of expert mentors and of Alessandra and Urio, the co-founders of the newborn Community for the Public Park of Centocelle.The participants were divided into four groups,namely:Mobility, Accessibility, Potentialities and Public Services.

The first group,”mobility”,identified which public transport are easily available both from the center and the outskirt of Rome:the main one are the “trenino laziale” and the tram “19”.Than the participants focused over the potentialities that the park could offer if,in one hand,the pedestrian accessibility was open on both sides of the park’s perimeter and,on the other side,the bicycle route,know as GRAB, could pass trough the park instead of in its proximity.

The second group,”accessibility”,listed more accurately  all the potential resources that the park could make available.Surprisingly the V Municipal seems to be blessed by so many cultural sites that could re-animate the entire area from a touristic perspective,but also for the sole purpose of embellish the neighborhood.

A third group ,”potentialities”,brought to light many critical matters such as security and sanitary issues,in fact the park has several abusive occupied zone,not omitting the wasted paper and rubbish that pollutes the park everywhere.

As it emerges from the images,the V Municipality has extraordinary  potentialities,however,due to its marginalized position,its shabby’s first appearance,and the elevate conglomeration of immigrants and religious identities, its efficiency is completely unexploited and its integrity is gradually decreasing and deteriorating running the risk to fall in the oblivion. 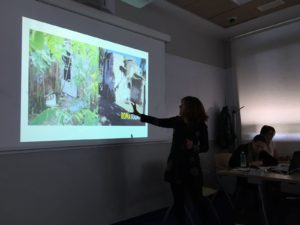 The meeting ended up with Stefania Favorito’s  speech over the importance of the park from an archaeological point of view,the park is surrounded by historical sites such as the Villa Ad Duas Lauros,il Forte Casino,la Villa della Piscina,la Vecchio Osteria,all dated back from the republican era until the XIX century,plus the natural resources of l’Agro Romano,il Canneto,l’Agri-Fauna and the whole park of Centocelle.It is important to be mature the awareness to understand what this park does symbolize for the cohabitants of the V Municipality, how this zone reflects their feeling of social marginalization and how this project give them the possibility to join a community in which moral and civic values are promoted and cooperation constantly active.( http://parcocentostelle.net )