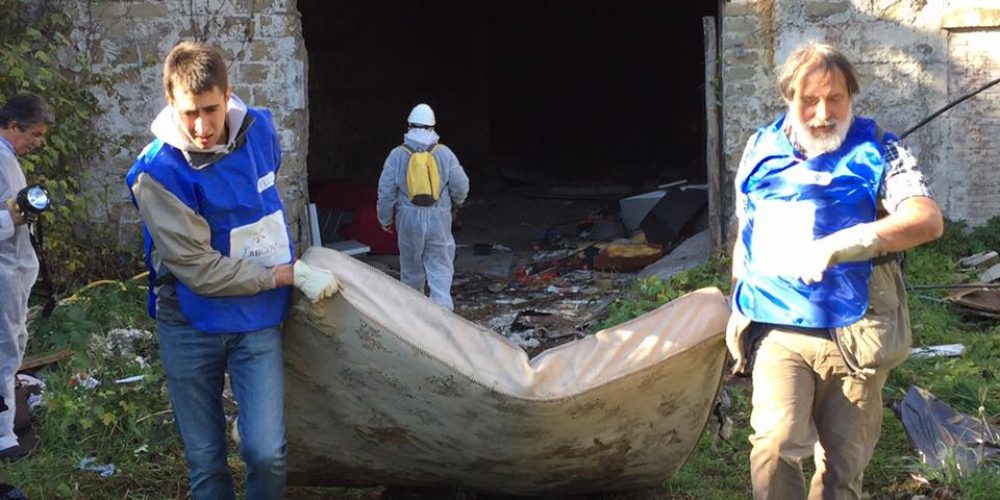 The 17th of December was a day to remember for the requalification of the Public Parc of Centocelle. 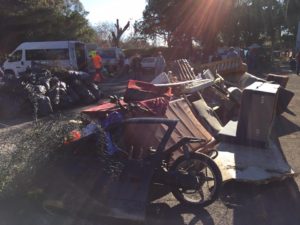 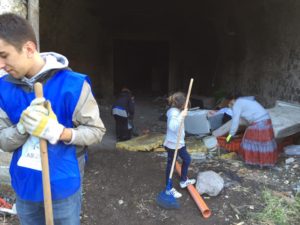 Unitaria di Base, Unione inquilini and the LabGov Luiss. In the early morning,the environmental redevelopment begun,the hole group,equipped with gloves and trash bags had two main objectives in mind. Firstly,being this area the closest zone to the Metro station,one of the main goal was to mark a visible entrance path that could be undergo by the park’ users. A subsequent goal was to free the tunnel from all the forgotten objects, in fact, the “Galleria della metro di Mussolini”, is an unfinished project proposed in 1941 as variance of the Roma-Fiuggi railway. The Tunnel passes under the hole park and was used for many years as a landfill of old furnitures,unused clothes but also as a disreputable shelter; as a consequence it was of utmost importance to redefine and sensitize habitants and institutions over the importance of this historic masterpiece.

The following day, the association “Settimo Biciclettari” together with la Comunità per il Parco Pubblico di Centocelle,organized an exclusive visit inside the gallery for the ever first time. Despite all the dusty substances,the atmosphere of solidarity encouraged everybody to work hardly to achieve great results. Dozens of trash bags and hills of objects were accumulated. The only drawback of the day was the impossibility of Ama to pick up the material due to bureaucratic mis 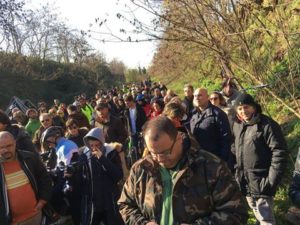 understanding. The hill of object has not been removed from the Agip zone, this situation is a clear evidence of the continuous challenges that the project involves; governance of the commons is the ability to find solutions but also the willingness to promote citizens’ needs and discourage unsatisfied passive personalities that habitants might englobe when living in a metropolis like Rome. The park is a pure symbol of the wider inefficiencies of a city full of unavailable resources. This project shows that development and change are around the corner but its up to citizens to take care of it and to valorize what this city has to offer.