Towards European recommendations for the participatory governance of cultural heritage

Interview with Rosaria Mencarelli, Italian representative of the Ministry of Cultural Heritage and Tourism, in the OMC working group “Participatory governance of cultural heritage”, created within the Work Plan for Culture 2015-2018. Preliminary considerations with a view to the forthcoming final report publication.

In which context and with which objectives the European working group on participatory governance of culture has been created?

It was created in the context of the Work Plan for Culture 2015-2018. After activating a number of reflections and with the publishing of various documents at European level – among which the Convention on the Value of Cultural Heritage for Society (FARO Convention), the Conclusions of the Council of the European Union on Cultural Heritage as a Strategic Resource for a Sustainable Europe (here), the report Towards an integrated approach to cultural heritage (here), and the Conclusions on Participatory Governance of Cultural Heritage (here) – a OMC working group constituted by 26 Member States and Norway was created, with the objective of identifying norms and actions that allow for citizens’ participation in the governance of cultural heritage, in order to provide possible interpretations, approaches, and innovative models.

How was the process structured?

The process was developed through four main stages, that took place between April 2015 and October 2016. A first stage was dedicated to the understanding of the phenomenon through a survey addressed to the individual Member States of the working group, while a second stage allowed for an exchange with experts on the various possible forms of participatory governance – and this was a particularly interesting stage in which numerous interpretations of the phenomenon emerged. This was followed by a third phase, which was coordinated by the Goethe Institute and took place in Florence, where we met potential stakeholders (Universities, firms, experts etc.), with the aim of giving voice to their position too. Finally, there has been a fourth stage that consisted in the discussion and elaboration of the final document, containing a number of recommendations for both the policy-makers and the various stakeholders.

Which are the main points addressed?

The survey addressed to the Member States of the working group aimed at investigating the provisions and practices related to the intervention of private actors, both in managerial and financial terms, in the management of cultural goods. Its goal was to understand how the individual states had acknowledged the issue of participatory governance and at what level was its implementation. As far as norms are concerned, it is necessary to point out that some of them are full of potential, while others are ineffective because devoid of content.

The final document, based on concrete case studies, proposes a synthesis of the evolution of the phenomenon and an analysis of the main obstacles, mostly in terms of social change. It gives a series of recommendations, and finally it presents a collection of participatory practices developed at European level or within the individual member states of the working group. In the meantime, we wanted to offer a range of heterogeneous interpretations of participatory governance, because each social reality, each community has its own interpretation of the phenomenon, from identity to memory. For what concerns the Italian case, we included four meaningful examples: the national strategy “Aree interne” (Internal areas), the initiative “Monumenti Aperti” (Open monuments), the Sicilian case of “Officine culturali” (Cultural workshops), and the Co-Roma process promoted by LabGov.

What is the role of the public administration towards the participatory governance of culture?

As a public administration, we should favour participatory governance rather than practicing it, by motivating the actors involved and stimulating them to be as participative as possible. But it should be an authentic form of participation, and at the political level we should look for channels of active communications with the citizens, so that they get more and more used to dialogue.

For instance, in Italy we could say that the main resistance consists in a lack of trust among the different actors, not only between public and private actors, but sometimes also among public actors themselves. There is no confidence, in the Latin sense of the term, towards certain practices. Undoubtedly, the ratification of the Faro Convention would accelerate change, also for what concerns the Ministry, and would in turn increase the possibility to win some resistances.

More in general, there is a large gap between reality and models/politics/policies, so that the processes of participatory governance are still in the hands of the good will of individuals, and in many cases the territory with its practices seems to be ahead of policy-makers.

For instance, in Italy there are many good practices scattered across the country, but we cannot say we have been able to become really inclusive yet. I don’t believe that much in a general coordination, but more in a State creating a framework to stimulate the activation of participatory processes for the governance of cultural heritage. This could be done especially by providing the necessary know-how and the tools needed for its implementation. This is true also at the normative level, where there seems to be a void, faced to a cultural heritage that should be considered more and more as a common good rather than as a public good.

How can we make the participatory governance of cultural heritage sustainable?

By working on education and training, in order to provide the tools to understand. Participatory governance must be inclusive, and multiculturalism becomes a crucial point of participatory processes, in particular for the new generations. Schools and the young are two fundamental elements, and in fact some interesting practices have been developed in this context. Unfortunately, there is not yet the participation needed to develop these processes. The problem is not that much financial, as culture is becoming a more and more transversal issue, but it is more an issue of lack of competences. The political sphere should get closer to the needs of the community and should provide the tools to the actors of the various organizations, so that they can become real catalysts, able to take care of the territory. 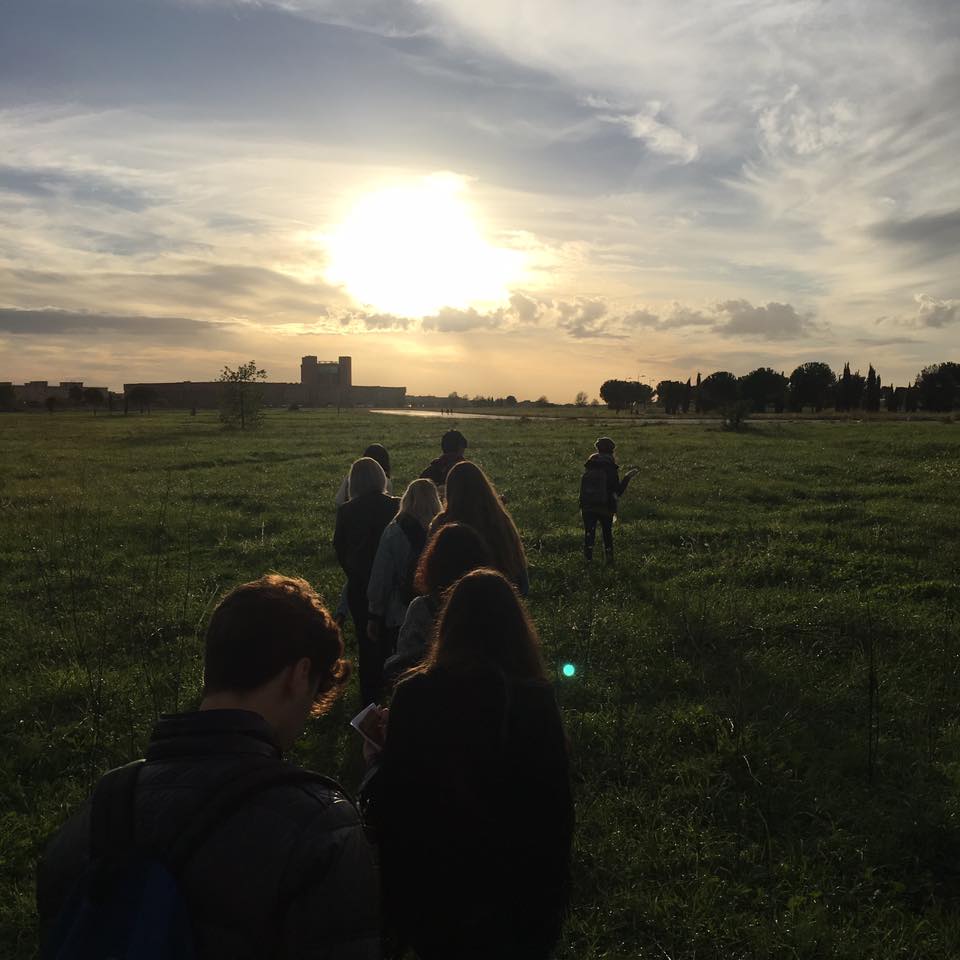 A fieldwork within the framework of the CO-Roma project