post-title On the ‘Medellin Miracle’ and the ‘Social Urbanism’ Model

On the ‘Medellin Miracle’ and the ‘Social Urbanism’ Model 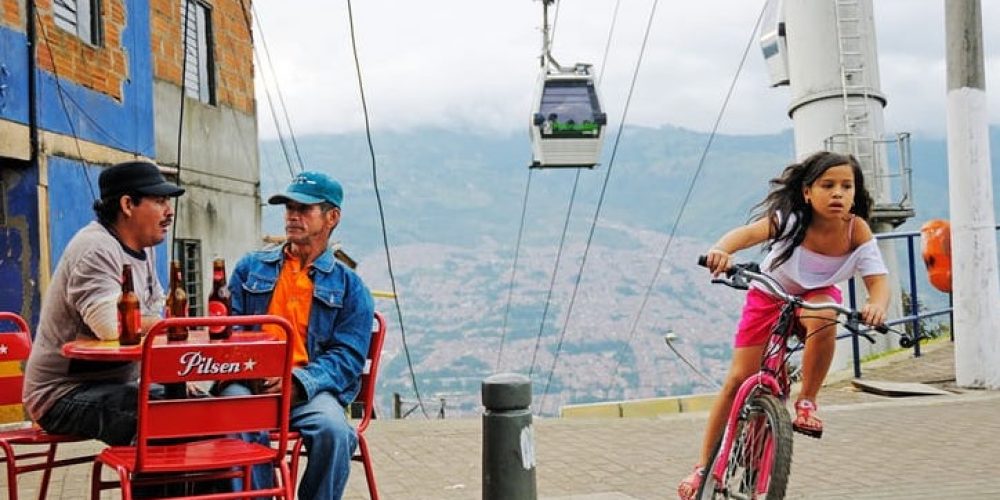 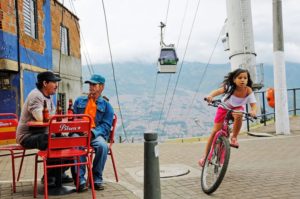 Urban scholars and practitioners today look up to Medellin as one of the most progressive cities in the world. Winner of an impressive amount of awards like the Curry Stone Design Prize, Harvard’s Green Prize in Urban Design, and the Most Innovative City Award by the Urban Land Institute, Medellin truly became a model to follow when it comes to addressing urban challenges like violence, insecurity, poor education, and lack of mobility, which all reinforce the spatial and material inequalities in our megacities today. “Social Urbanism” is the best practice that Medellin showcases in the international community, proving the positive impact of the construction of social infrastructure, which allows for an improved access to education, mobility, and safer public spaces. This article seeks to present the policy interventions that brought Medellin to the spotlight, stressing the importance of participatory urban upgrading policies in informal areas. However, we would like to stress that an appraisal of the “Medellin Miracle” must include a deeper analysis of the contextual political and social factors which have made such a miracle possible in the first place. To some extent, the Medellin case shows that tackling the complexities of peripheral urban informal settlements requires the introduction of new governance models that go beyond the public and private dychotomy. Indeed, urban informality more in general can be intended as a crisis of existing governance actors who have been unable or unwilling to equally redistribute resources in the city. This short article attempts at reflecting on what Sheila R. Foster calls the « urban informality commons dilemma », through an analysis of the Medellin case.[1]

From being the most violent city in the world in 1993 with 381 homicides for 100 000 inhabitants, Medellin has embarked in a transformation journey starting from the 1990s. To address the problems of violence, social segregation and urban inequalities, the Colombian government established the Consejeria para el Area Metropolitana de Medellin program in 1990. The Consejeria also proposed the Integrated Slum Upgrading Program of Medellin (Programa Integral de Mejoramiento de Barrios Subnormales en Medellín – PRIMED), that is often cited as a forerunner when it comes to the progressive policy turn taken by Medellin at the beginning of the 21st century[2]. As Sheila R. Foster highlights, PRIMED is especially interesting because it followed a “methodology of partnership with the community” in order to upgrade informal settlements. A similar approach was followed by the two mayors, Luis Perez and Sergio Fajardo, who were elected respectively in 2000 and 2004. They have implemented key projects to tackle the inequality and violence, which were further marginalizing the populations living in the informal settlements (“comunas”) on hillsides of Medellin. Representing half of the entire population of Medellin, comunas inhabitants lacked access to the city center, to education and utilities, as well as suffered from the violence and insecurities of their neighborhoods, often taken over by drug cartels. Investing in a cable car to connect the comuna of Santo Domingo, Luis Perez initiated a process that was for the majority carried out during the term of Mayor Farjado.

In order to get rid of the corruption and inertia in local governance, Farjado implemented his “social urbanism” policies through an autonomous agency, the Urban Development Corporation (EDU).

The “integral urban projects” (PUIs) – “projects that incorporate multiple programs simultaneously, from transport to landscaping, from street lighting to cultural centres” – implemented between 2004 and 2007 include:

It is Echeverri, the head of EDU under Mayor Farjado, that actually explains how the success of the “integral urban projects” (PUIs) carried out by the agency was highly dependent on a set of national and local political enabling factors. Mayors were indeed given more autonomy in the rewriting of the Colombian Constitution of 1991. Moreover, Farjado was heavily inspired by Bogota’s mayors, whose innovative policies reinforced the idea that violence and inequalities should be at the top of cities’ political agenda. Finally, the decrease in violence in Medellin cannot entirely be attributed to social infrastructure and upgrading policies. The PRIMED and Consejera programs as well as military pacification operations and peace deals between cartels are also often cited as enabling factors when it comes to the decrease in violence in Medellin[4]

Stressing the importance of contextual enabling factors is important in the case of Medellin’s social urbanism as its programs tend to be analyzed under the “best practice” lens. Best practices cannot be replicated everywhere in the world following an identical reproduction. Understanding such a critique allows us to stress the importance of taking into account context and inhabitants demands when it comes to implementing urban renewal projects.

Medellin’ social urbanism strength point can be indeed found in its participatory nature. While Mayor Farjado’s policy choices ensured a heavy intervention in the renewal of educational facilities like schools and libraries and in the beautification of public spaces, it is through a participatory process that such projects were designed.

In the case of the Parque Biblioteca Espana, Echeverri explains how the project was conducted following participatory design methods: “‘We had a specific team that combined architects, urbanists, social workers, communications people, lawyers and a leader who was the “social manager” for that area of Santo Domingo. And that guy worked with the community keeping the project on the agenda,’ says Echeverri. ‘We also had imagination workshops every month, with children trying to think about how to make a park[5].

Beyond being a social urbanism for the people, the urbanism of Medellin strikes us for its deep commitment to a participatory model of urban integration in the fight against violence and inequalities. Social infrastructure renewals coupled with the feeling of civic ownership of the local community have contributed to improve the conditions of the populations living in comunas.

Inequalities and segregation still exist in Medellin. The programs implemented in the past should serve as a starting point for more comprehensive policies that can tackle such issues at bigger scales and in a more integrated way.