post-title Participation &/in Culture: trends, debates and next events

Participation &/in Culture: trends, debates and next events 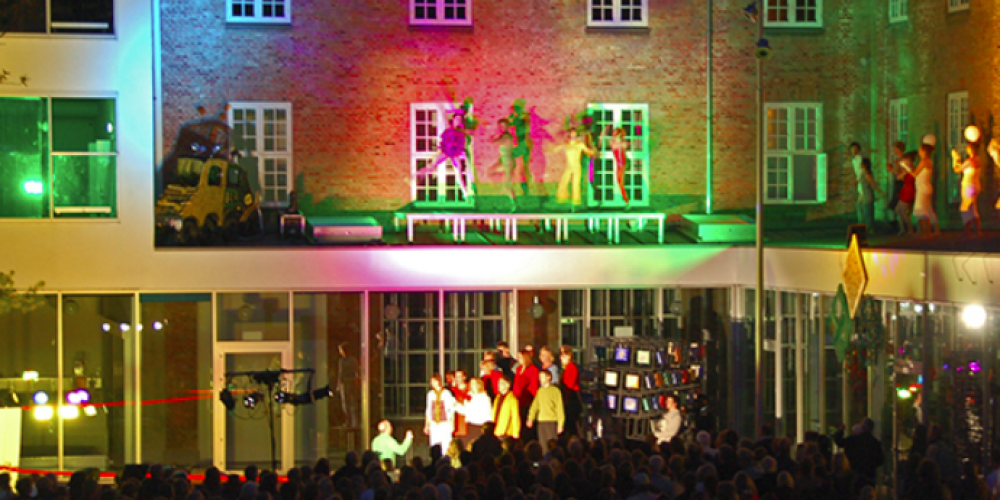 In this context, LabGov participated, with its co-founder Christian Iaione together with Maria Elena Santagati, in the session that provided a reconstruction of the Italian context and initiatives, presenting the experience of the LabGov’s project Co-Rome promoting the participatory governance of cultural heritage in the framework of the Faro Convention, with a focus on the urban commons implemented in the Centocelle’s Archaeological Park in Rome

120 participants from all over the world had the opportunity to attend the three keynote speeches by Lisanne Gibson (School of Museum Studies-University of Leicester) “Museums and participation – Who goes… (and who doesn’t?)”, by Shannon Jackson (University of California, Berkeley) “Civic re-enactment and public re-assembly”, and by Zizi Papacharissi (University of Illinois-Chicago) “Affective publics: news storytelling, sentiment and Twitter”. The first one–starting from a recent study conducted in the UK showing that museum visitors are just a minority of the population (8.7%) who engage with State funded cultural activities–calls for a rethinking of museum practice and role to enhance the citizens’ interest and participation starting from the idea that “Museum can function as places where people can explore their own identities in relation to others, to reflect on how people are different and how they are the same” (Mark O’Neill, 2006: 109). The second one–based on the UC-Berkeley’s research platform on Public (Re) Assembly and the work of Aaron Landsman and Paul Ramirez Jonas–investigated the re-enactment in civic processes. The third one discussed about the concept of affective publics, the role and meaning of social media for the Arab Spring and occupy movements, together with data from recent studies by the University of Illinois at Chicago explaining the relevance of the platform for contemporary news storytelling, framing, and gate-keeping.

A range of sessions provided different perspectives on the topic of participation in culture through the lenses of different disciplines, reflecting the ongoing practices trends across Europe and beyond, including digitized cultural institutions and experiences, participatory art, policies of participation, measurement and valuation of cultural participation, cultural activism, methods for engaging communities in cultural production, arts&media platform, spaces for civic participation, urban and public space, participatory management of cultural institutions, technological transformations, and (non)participation. With respect to participation in policy and management, the session concerning the European Capitals of Culture provided useful considerations emerging from a study on ECOC projects revealing that most of them had an instrumental approach to the participation instead of providing a base for participatory governance (Szilvia Nagy). The session also stressed the need of rethinking the participation with regards to the experience of Aarhus 2017 based on the Rethinking participation Report  (Leila Jankovich and Louise Ejgod Hansen), shared an analysis of arts carnivals programmes and participation within Capitals of culture in UK (Angela Chapell), and, finally, displayed a very interesting project “2025€ x 2025”, concerning participatory projects for Dresden ECOC candidate city for 2025, including one based on the “table-theatre” method (Valentina Mercenaro).

With regard to participation in culture policy-making, interesting inputs were raised from: a critical perspective on Iceland’s official cultural policy and its confusing aesthetic of involvement (Njourour Sigurjonsson); an interesting critical analysis of newly rooted participatory cultural institutions in Poland (Marcin Poprawski); a case study of Leeds cultural policy making as a democratic space (Malaika Cunningham and Elysia Lechelt); and a reflection about cultural participation as a narrative in the German cultural policy (Claudia Steigerwald). Finally, another case treated the challenge of participatory management at the School-Museum of Pusol within the SoMus-Society in the museum project (Lorena Sancho Querol, Rafael Martinez Garci and José Martinez Jurado).

Meanwhile, on April 18th, the European Union published the final report of the OMC working group on “Participatory governance of cultural heritage”, containing both operational and policy recommendations. Moreover, within the European Year of Cultural Heritage, the European Cultural Heritage Summit will take place in Berlin on June 198h-24nd, with the slogan “Sharing heritage-Sharing values”. Among the next interesting meetings and events, some concern participatory issues like: the conference “Cultural heritage communities and audiences in today’s digital environment” dedicated to digital technologies and cultural heritage; the conference “Sharing as a chance. Private initiatives and cultural heritage”: “People want to participate in heritage and be involved in decision processes. It should no longer be a specific task of experts to decide about the future of our heritage but of all those who are engaged in it”; and the students’ summit “Culture Up Your Future – Living out European Heritage in the Digital Age” concerning students’ engagement with European cultural heritage.