Science, Research and Innovation Performance of the EU (SRIP) Report 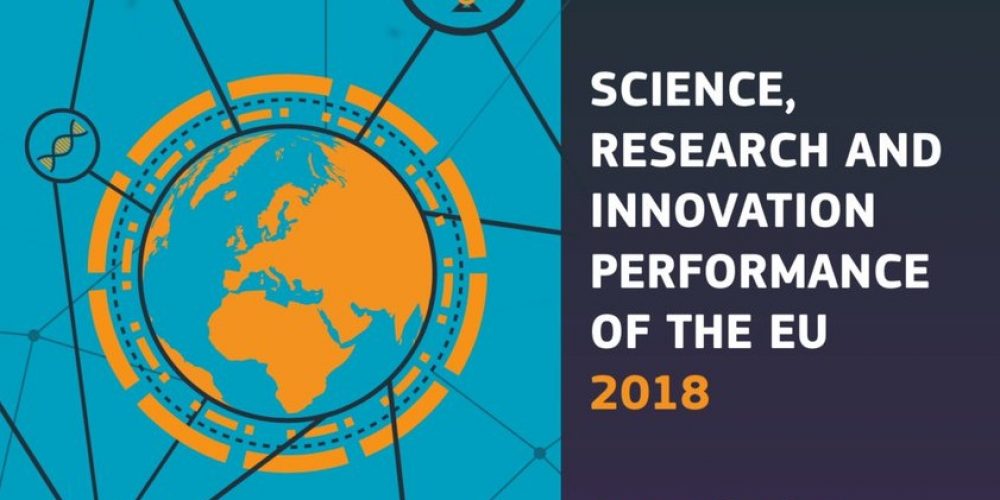 Last February, European Commission has published a new paper, the Science, Research and Innovation Performance of the EU (SRIP) Report that follows up how Europe could harness dynamic innovation to ensure more robust economies and inclusive, sustainable societies.

Based on indicator-based macroeconomic analysis and deep analytical research on important policy topics, the Report analyses Europe’s performance in science, research and innovation and the driving factors behind that performance. The main outcome of the report is to show that Europe can lead the next wave of breakthrough innovation in fields where digital technology meets the physical world, such as digital manufacturing, genomics, artificial intelligence and the internet of things (IoT).

Previous edition of the Report, published in 2016, has provided several findings: first, the need to strongly improve the track record in getting research results to market and technologies developed in Europe; second, although Europe generates more scientific output than any other region in the world, Member States fall behind on the very best science. Third, Europe punches below its weight in international science cooperation and science diplomacy.

The 2018 Report actually presents different findings. First of all, although Europe is the leading economy in terms of public investment in R&D and the number of researchers (Europe has 7% of the world population, 20% of global R&D and 1/3 of all high-quality scientific publications), it lags behind the United States, Japan South Korea and even China in private and overall R&D investment levels. This gap has been increased in recent years and, as a partial consequence, there were a lower level of investments among European stakeholders compared to the United States.

Another point is Europe’s limited ability to convert its strong scientific base into technological development. For example, even in most performing European areas, there are a lack of patents in big data or IoT compared to other economies. On top of all that, there is a structural problem in labor and goods market: more stringent conditions for enterprises than in the other advanced economies and the lack of competition limits reach innovation-led entrepreneurship. In this regard, the OECD estimates that around 16% to 19% of all available capital is sunk into unproductive companies in Italy and Spain.

These aspects affect also the ability to foster transformational entrepreneurship from small-sized companies to global giants: in 2017, there were zero number of EU companies in the global top-15 companies by market capitalization. Therefore, despite a good result in more traditional entrepreneurship indicators Europe suffers a gap in the number and relative importance of rapid high-growth companies. This, in turn, influences European capacity to invest in intangible assets.

Moreover, although important national differences persists among Member States, nowadays they are more nuanced, notably in terms of investment levels: for example, Slovakia, Bulgaria, Poland and the Czech Republic have significantly increased their R&D investment intensity over the past decade. On the other hand, countries like Romania, Portugal and Spain have exhibited disappointing R&D investment-intensity records.

Finally, it is important not to omit the persistency of national gap also in terms of scientific and technological outputs (countries like the United Kingdom the Netherlands, Denmark and Belgium are leaders in this area) that reflects the lower efficiency of the national R&I systems in the laggard countries in transforming R&D investment into scientific and technological output. In fact, top-30 leading regions invest 4,2% in R&D and account 36% of total R&D investment.

With this scenario in mind, the Report suggests a set of policy to promote innovation in Europe: boosting investments in intangible assets and rethinking public support for R&I and ensuring innovation-friendly regulation are central in this project. Therefore, it is important to complete the internal market to promote the development of born-in-Europe “unicorns”, to boost the access to risk capital with the creation of a pan-European Venture Capital and to develop tools to relocate resources from unproductive companies to innovative ones with the aim to open up European science and innovation to the world.