standard-title Hub of the Commons 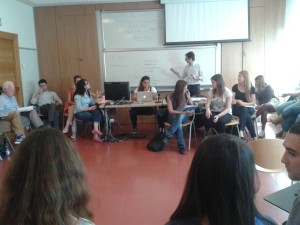 LabGov designed for the City of Rome the so-called Hub of the Commons. The idea builds on the need to create a stable point of reference where the very nature of the commons can live and revive. As Donolo claims “the commons are a group of goods necessarily shared”. The Hub is where these goods co-exist allowing in turn a development of a new kind of welfare, a system of relational welfare based on reciprocity and mutual aid.

Furthermore the Hub is a space where new forms of social relations and commoning blossom and grow up with the scope to deal with the new challenges of multiculturalism and to spread the idea of collaboration as a social, economic and institutional technology.

In informatics the hub is a device for connection multiple computer networking devices together and making them act as a single network segment. But what is the link between an informatics device and the management of the commons? Well, the link is that Labgov believes that the peer–to-peer approach has to be also a method of governance. In fact a real partnership between  the government and the community can only be possible by exchanging and sharing on an equal foot all collective responsibilities. By doing so everyone is an essential part of the solution to the needs of the public and should feel engaged and empowered with designing and cooperating to find solutions to the needs of society.

In the various Hubs of the Commons established in different neighborhoods it will be experimented the search for shared solutions making of the Hub a space of co-working, co-designing and co-production for citizens, civil servants, associations, small and medium size businesses  as well as a space of experimentation for social enterprises and social innovators willing to create a new socio-economic development paradigm.

The project is structured as follows: